In our last few blogs we’ve talked about how to adapt to altitude for winter sports, and the best foods to eat for acclimatization. Today we’ll cover a couple of natural medicines that have proven benefits in helping the body acclimate.

But before we go there, I want to stress the importance of doing the necessary ‘base’ work, before just taking a natural medicine. Adaptation to altitude is like many other aspects of sports performance - you’ve got to have the basics covered before you can expect to use any type of natural performance booster.

Then, once your bases are covered, you can use these natural medicines as icing on the cake, so to speak.

Rhodiola Rosea is an herbal medicine native to mountainous regions of Asia. Rhodiola isn’t a stimulant, but classified instead as an adaptogen. Adaptogens are defined as substances that assist the body in adapting to stress.

Rhodiola is a popular herb with many studies showing it’s benefits. It can improve the body’s ability to cope with internal and external stress factors, which include exposure to altitude. Rhodiola’s benefits that can help athletes include:

Side effects are extremely rare; the only side effects noted in Rhodiola studies are vivid dreams!

Cordyceps sinensis is a traditional Chinese medicinal herb used for promotion of health, longevity and athletic power. Historically it’s been used by Himalayan mountain people to enhance strength and endurance.

Studies of Cordyceps have shown:

Similar to Rhodiola, side effects from Cordyceps are minimal.

Ginkgo biloba is a popular herbal medicine that has been extensively studied. Ginkgo works by improving blood flow to the brain. It’s most famous for helping with brain function, but has been studied as a treatment to prevent Acute Mountain Sickness, an extreme form of altitude illness.

Gingko can be used as soon as 24 hours prior to ascending to altitude for the prevention of altitude illness. It can be taken as a short term boost to help you perform better at altitude and not feel so draggy.

Don’t forget though the basics of performance at altitude - making sure you have adequate nutrition so your blood sugar is stable, and staying well hydrated.

See you on the slopes! 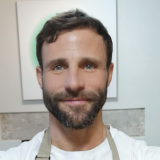 Hi there I have read conflicting studies on rhodiola being effective, could you please provide your sources as I am very interested in rhodiola for an upcoming high altitude competition. Many thanks

Non-Steroidal Anti-Inflammatory Drugs (NSAIDs): What You Need to Know!

NSAIDs (Non-Steroidal Anti-Inflammatory Drugs) are a popular grouping of mostly over the counter pain relieving drugs. As you can tell from their name, they act as anti-inflammatory drugs. Athletes pop ibuprofen so often that it is jokingly referred to as 'Vitamin I'. Problem is, it just isn't that good for you and has some serious side effects for many of us.